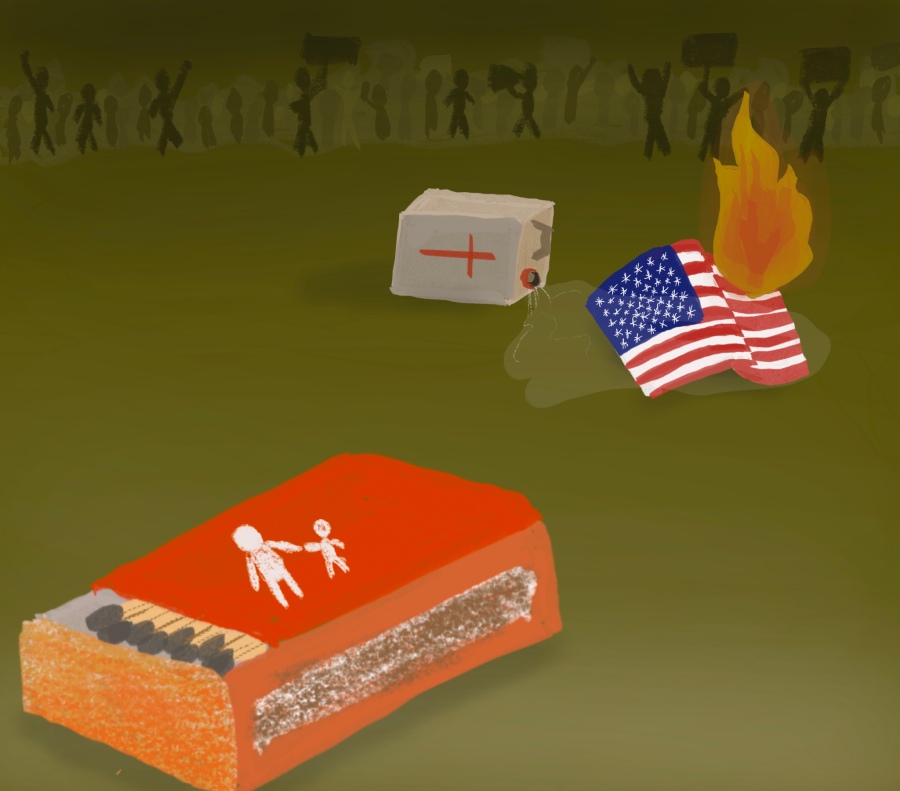 Violent extremism is quickly condemned by the Republican party when it is driven by organizations whose politics differs from theirs, or when they are affiliated with non-Christian religions. There was no shortage of Islamophobia after 9/11. A report by the Center for American Progress showed that a network of misinformation experts actively promoted anti-Muslim rhetoric in America. https://news.gallup.com/poll/157082/islamophobia-understanding-anti-muslim-sentiment-west.aspx

This is why the silence from the Republican party and Christian community at large concerning the January 6th insurrection has been especially deafening. The combination of a Christian generation primed for extremism and the polarizing forces of politics have directly contributed to violence in the name of Jesus, and the first way to fix the problem is to understand how it may have happened in the first place.

A study from think tank Rand Corporation showed that many of the January 6th insurrectionists were plagued by social issues, with half of them stating they felt “victimized, stigmatized, (and) marginalized.” https://www.rand.org/multimedia/video/2021/07/07/violent-extremism-in-america-can-it-be-stopped.html Most importantly, these people also identified themselves as Christians. Police officer Daniel Hodges stated in his recent testimony that “it was clear the terrorists perceived themselves to be Christians.” https://sojo.net/articles/terrorists-perceived-themselves-be-christians

Perhaps the silence from many Christians stems from a sense of shock that people who claim to follow Christ as their Lord and savior could act in this way. To me, however, it makes perfect sense. I was raised in a fundamentalist Christian household where I was taught that anything bad that happened to me was an attack from the Devil, and that the worldly influences from the media, popular culture, and liberals were the source of all corruption in an increasingly lost world. It is important to note that not all Christians think this way, but it is prevalent among many congregations, even today. https://www.theatlantic.com/magazine/archive/2022/06/evangelical-church-pastors-political-radicalization/629631/ This conditioning to see myself as a victim, as well as to fear “the other” from a young age, has primed many of those raised similarly to forgo taking responsibility for natural consequences and to become defensive and self-pitying when confronted by challenges or people who disagree with them. In addition, my parents instilled in me a desire to be perfect in the way I dressed, spoke, and behaved, as well as to not ever question them or their beliefs. Despite trends in Protestant culture toward a warmer, authoritative approach to parenting in the 1970s, my parents were — because of their own traumatic childhoods — unable to apply the wisdom promoted by groundbreaking institutions such as Focus on the Family, and remained firmly authoritarian. Wilcox, W. Bradford. “Conservative Protestant Childrearing: Authoritarian or Authoritative?” American Sociological Review, vol. 63, no. 6, 1998, pp. 796–809. JSTOR, https://doi.org/10.2307/2657502. Accessed 27 Jun. 2022. Authoritarian parenting tends to produce children who grow up to lack critical thinking skills, because they are not allowed to make mistakes or think for themselves. These children are unable to make healthy compromises with those who disagree with them, having been raised by parents who taught them to think only in absolutes. Shaming is another tactic used by authoritarian parents, and this creates children with low self-esteem, who then grow up to constantly seek validation and belonging, often in unhealthy ways. https://www.verywellmind.com/what-is-authoritarian-parenting-2794955#toc-causes

This combination of a skewed and cherry-picked version of Christianity (the gasoline) along with a lack of critical thinking, inflexibility, and low self-esteem (the dry landscape) set the scene for violent extremism, and it seems to be a much bigger problem than we might have guessed. After all, behind closed doors, even the most seemingly pious and wholesome families can hide dysfunction.

The theory mentioned above is only part of the problem contributing to violent extremism. It is fair to say that, based on the investigation of those indicted in criminal activity from the January 6th insurrection, that support of Donald Trump in addition to the belief that the 2020 election was stolen was a strong motivation for their actions. Trump was the one aggressively promoting the false narrative that the election was stolen, which led to extremist violence. So by this logic, Trump himself is an extremist. It is important to note that (a) race has a lot to do with where Christians stand politically and (b) many non-religious White people voted for Trump. Pew Research shows that Black voters voted overwhelmingly for Joe Biden in the 2020 election, regardless of their religious affiliation, and that among White non-evangelical Protestants, infrequent church attenders were more likely to vote for Trump than those that attended often. The conclusion from these statistics is that there are many complicated factors at play in what drives people to support a political leader that embraces extremist views, not just a misunderstanding of scripture and an upbringing by authoritarian parents.

The inflammatory rhetoric from the Republican party over past five years has been the proverbial match to the fire. The GOP has merged itself with many Christian leaders in a united front of Christian Nationalism, and have been focusing less on the gospel and more on politics, building a narrative that Christians are under attack, and that if they don’t fight, America will be personally delivered to hell in a handbasket by Sinner-in-Chief Joe Biden. There are many Christians like me who fight against the unholy marriage of religion and politics and denounce violence, but this is not only a problem for us. Whatever your beliefs, it is important to be informed about what causes violent extremism and to work together across partisan lines and differing beliefs to stop it.