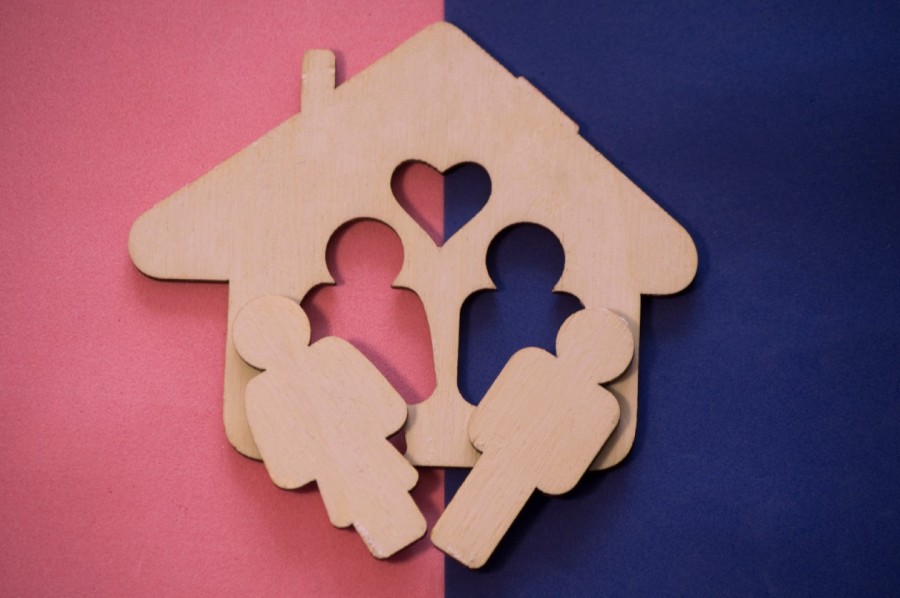 Popular Christian culture perpetuates traditional gender roles, such as women being the baby makers, and men being the saviors. I do not think this is what God intended. Biblical interpretation is like reading an Ikea manual.

First of all, it is really hard to understand. In the way that the manual has no words but must be interpreted, we must also interpret ancient holy texts through many layers of obfuscation. You can definitely put the bookshelf together, but it also takes a lot of common sense and external experience, and not a literal interpretation.

In the Bible, God and Jesus are depicted as males. Mary is the most venerated female figure because she is Jesus’ mother. These are the two biggest focuses that popular Christianity has concerning gender roles. As for the issue of God being a he, I don’t think God has a gender. It makes no sense. Making God a man, to me, was a construct of a male-dominated society.

I personally use he for convenience, and to make my ministry of breaking down toxic Christian culture have a greater reach. Using he for God is so ingrained in Christianity that if I were to use she or they/them, I know I would instantly lose a big portion of what few readers I have. Baby steps, y’all.

This interpretation of the Bible is not what God intended. By putting traditional gender expectations on people, we are putting God in a box. God is limitless by definition. Did God not make us in his image? If we understand souls as being infinite beings, merely living on Earth in temporary bodies, then why are roles based on biological differences so important? Believing this, shouldn’t the soul, the inner self, take precedence in self-expression?

Genders and sexuality were created by God to be functional — to make life enjoyable and for reproduction. The gender roles of any given society are created by people, not God. There is an important distinction. I believe that rules in society are there for a reason — to provide maximum well-being and freedom for its citizens. But the rules need to make sense.

If a biological man feels like he has the mind and soul of a woman, who can tell them not to live their life as an expression of this? If this human feels broken as a man but functional as a woman, who should take that happiness away from them?

If a woman does not want to be a baby maker, is she less valuable? Abortion is considered by many to be a grave sin because they feel women are meant to be babymakers — it is who they are and they cannot be separated from that role. If they don’t have babies, then what worth do they have? (In this post, I am not making a statement about whether abortion is right or wrong. I am just examining the logic behind popular Christian culture.)

The way that I see the view of conservatives is that if presented with a woman who had an abortion and a woman who had been charged with involuntary manslaughter for killing someone with reckless driving, they would say that the former is way worse of a sin than the latter. Who are these people to be the sin police, anyway?

Personally, I have decided to embrace the role of the mother and primary caretaker. Many women do. I also recognize that this is not for every woman, and those that choose not to do this are just as valuable to society and loved by God. Think of the centuries when “old maids” were the butt of jokes and women were bound to relegated servitude. It spanned all classes — even princesses functioned as objects, given as gifts to other nations as a babymaker peace-offering.

So what is the best way of knowing God’s will? The Bible is a great and valuable resource, but it should never take a backseat to common sense. Do we have no respect for God’s creation? Our minds and bodies are a masterful wonder of his work. Yes, evil exists in many people, but to say that every person’s moral sense is inherently defective is not true or healthy. This belief sets people up to be mind controlled by religious leaders and to not think for themselves. Value common sense. Use it and speak out against institutionalized hypocrisy and unfairness. After all, isn’t that what Jesus did?